Sometimes it is useful to have columns that record who created individual records, and who last updated them. Grist lets you create such columns easily. It also automatically tracks document changes in the Activity tab of Document History, but nevertheless it is convenient to have that information in tabular form available to formulas and filters, and authorship columns let you do that.

A “Created By” column#

Suppose we want to fill a column automatically with the name of the creator of each record as they are added. As a first step, add a column called (for example) Created By. In the column options in the side panel (see Columns for a refresher), click Set trigger formula action.

Set user.Name as the column’s formula. There are other possibilities, such as user.Email, a unique user.UserID, and so on. The user information available is the same as that in Access rule conditions. Time information is available as well (see Timestamp columns). But let’s stick with user.Name for now.

An “Updated By” column#

If we want a column that stores who last edited a record (as opposed to its creator), the procedure is similar to that for a “Created By” column, but instead of Apply to new records, select Apply on record changes. Then select Any field (assuming you want any change in a record to count as an update) and press OK. You can alternatively pick and choose which columns, when updated, will trigger the formula. 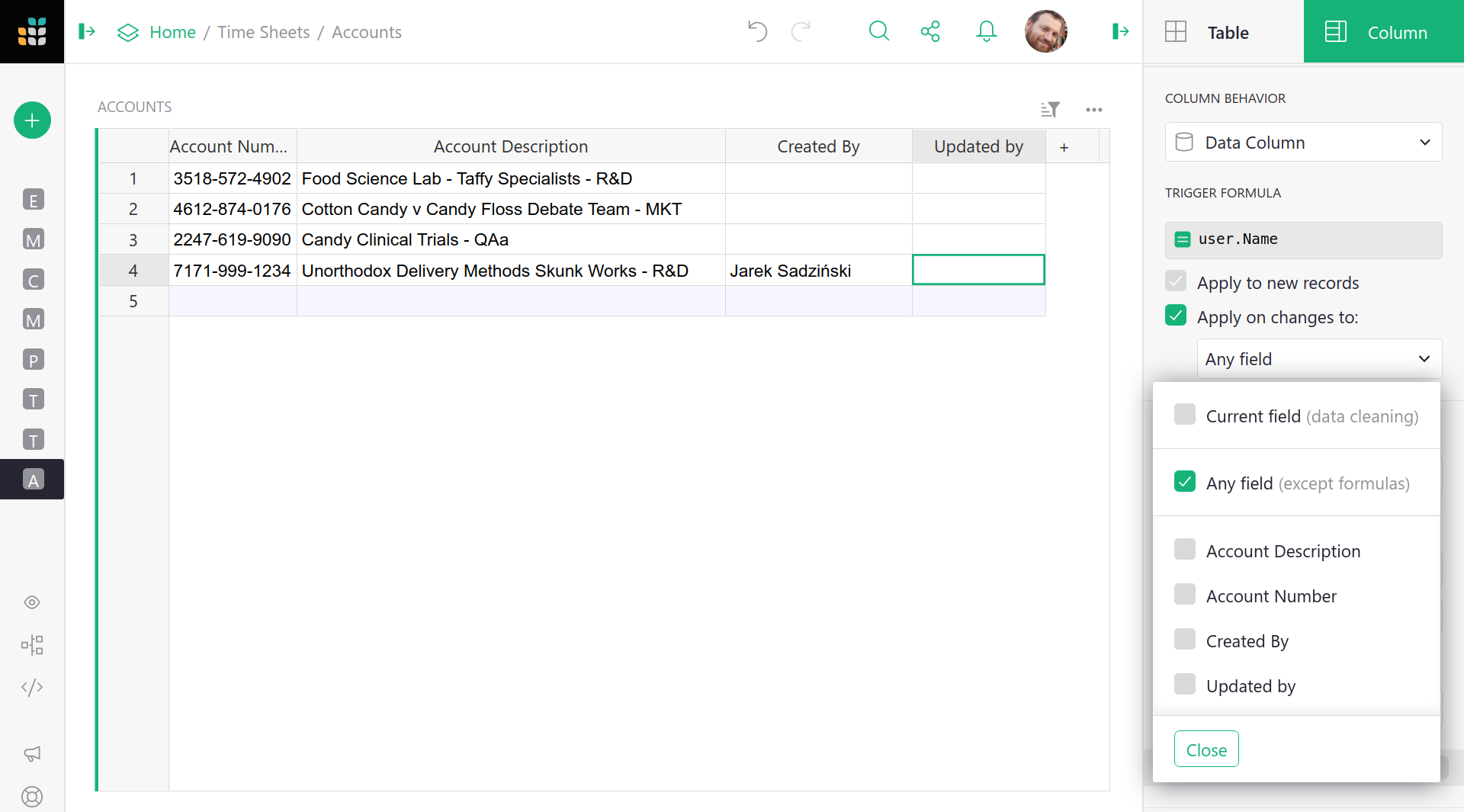 Here is an example the the new column at work - when Cotton Candy v Candy Floss is updated,a user name appears for that record:

It is still possible for a user to manually edit cells in the Created By and Updated By columns. If you don’t want that to be allowed, use access rules to forbid it.