Sometimes it is useful to have columns that store when individual records were created and updated. This is useful later, for example to sort records by age or freshness. Grist lets you create such columns easily.

A “Created At” column#

Suppose we want a column that stores when a record was created. As a first step, add a column called (for example) Created At and enter NOW() as its formula. Set the column type to DateTime (see Making a date/time column) and choose how you’d like the time and date to be shown.

Now, to calculate values when a record is created, select Apply to new records. And we’re done! All new records will have Created At set with NOW() at the moment of their creation.

An “Updated At” column#

If we want a column that stores when a record is updated (as opposed to created), the procedure is similar to that for a “Created At” column, but instead of Apply to new records, select Apply on record changes. Then select Any field (assuming you want any change in a record to count as an update) and press OK. You can alternatively pick and choose which columns to “count” as updates and which to ignore. 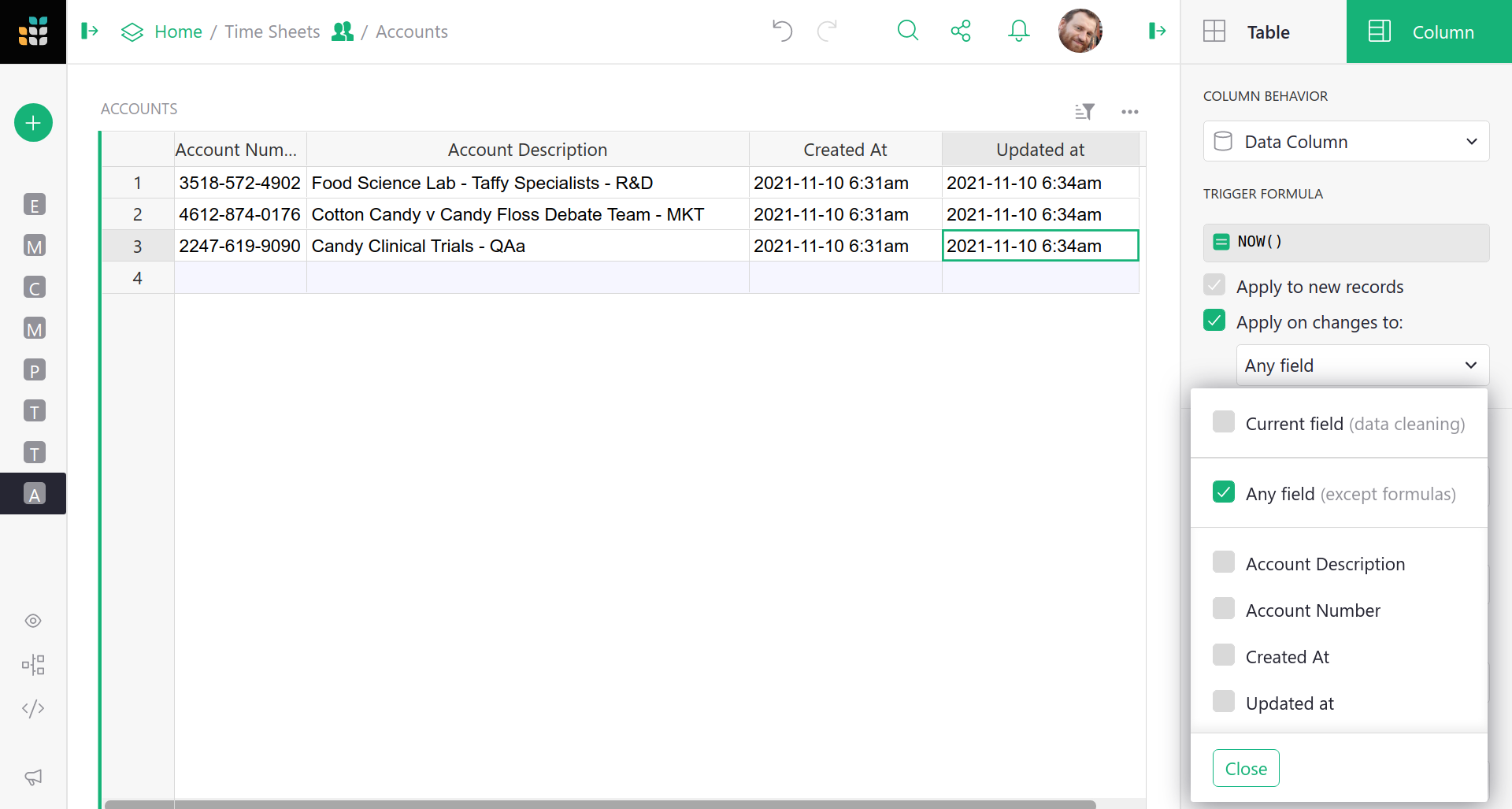 It is still possible for a user to manually edit cells in the Created At and Updated At columns. If you don’t want that to be allowed, use access rules to forbid it.

Here is an example of the new columns at work. One new record was added, for Unorthodox Delivery Methods, and a created and updated time were set for it automatically. Then the description of Cotton Candy vs Candy Floss was updated, and the updated time for that record was set automatically. It would also be straightforward to add Created By and Updated By columns.

Making the Created At and Updated At columns as we did here filled them for all pre-existing rows with the current date and time. If you’d rather these be left blank, simply do the Convert to data column step before setting a formula, and then set the formula in the Optional Formula area.